The Number 1 Reason Why You Should Prioritize EMV 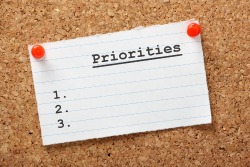 EMV (Europay, MasterCard and Visa) is a now the global standard for inter-operation of integrated circuit cards, or "chip cards"). Chargeback liability for all merchants without EMV by October 2015 will end up on the doorstep of that merchant.  If you do not offer EMV and someone uses a fraudulent card at your location, you are liable.  If you accept EMV, you are not.

And how about all those stolen cards from merchant data bases?  If you do not use EMV, and someone breaches your security and steals your customer data, you will be responsible for any purchases made with that stolen data.  If you accept EMV, you are not liable. This is called a chargeback liability shift --- from the issuing banks to the merchant. And it all adds up to one incredible and compelling argument to join the EMV revolution.

Investing in equipment and payments technology is starting to make more sense now, right? But is this really going to happen? Absolutely. We can credit Target for the big push. Although let’s face it, EMV still does not remove the threat of stolen cardholder data. Point-To-Point Encryption (P2PE) does… so it might be time to deploy P2PE solutions that support both EMV and Apple Pay all at the same time.

EMV Conversion in the US Set to Explode

A form of contactless payment, EMV is already largely used in Europe and China, and the world is bracing for a revolution in credit card transactions as EMV becomes not only something available in some locations, but the norm for consumers. And merchants who are in the midst of upgrading their terminals need to be prioritize EMV, no matter how large a merchant you may be. According to an article written by The Members Group, "U.S. EMV Conversion Expected to Drive SmartCard Shipments," the US will be a large driving factor to this worldwide movement:

"Global EMV card shipments are expected to total more than 3 billion by 2019. Although moves by China are driving much of that total, the U.S. is expected to have a great impact on worldwide shipment numbers in the coming years.

According to a recent ABI Research report, 1.7 billion EMV chip cards were shipped worldwide in 2013 (a 27-percent increase from 2012). In 2013, 442 million chip cards went to China, which is in the midst of an EMV card conversion to the People’s Bank of China card standard. Fifty-six percent of the 442 million cards sent to China were contactless.

ABI is forecasting double-digit annual growth in EMV card shipments through 2017. However, if not for China, global growth year-over-year would have totaled just 8.5 percent instead of 27 percent between 2012 and 2013. This illustrates the impact a single country’s card conversion can have on total global card shipments. ABI researchers predict with nearly 2 billion payment cards currently in circulation in the U.S., a similar “China effect” could occur as the U.S. migrates to EMV.

EMV card issuance in the United States has been slow going so far, but ABI Senior Analyst Phil Sealy expects it to pick up over the next few months. Indeed, new numbers released by the Payments Security Task Force (PSTF) support Sealy’s expectation. The PSTF, composed of nine of the U.S.’s largest payment card issuers, recently announced an estimated 575 million U.S. payment cards will feature EMV by 2015.

These statistics underscore the importance of issuers getting into EMV conversion queues with their processors and vendors now. As more merchants re-terminalize, more cardholders receive smart cards from major issuers and more fraud-prevention proponents tout the benefits, those EMV project lines will only get longer."

Solupay will Prepare You for the EMV Revolution

Solupay is arming merchants with the ability to accept contactless payments with the multiple different terminal types that have contactless credit card readers. Solupay maintains devices that support cardholder-initiated, contactless, NFC, PIN-based debit and traditional magnetic stripe transactions. This allows merchants to offer their customers the choice, convenience and security to initiate and complete their transaction, while maintaining control of their card during the entire process.

Have more Questions? Want a Quote?

Provide us with a few details and we will reach out to you shortly with cost savings, security and efficiency your business needs.

©Solupay 2020. All rights reserved. Solupay Consulting Inc is a registered ISO of Wells Fargo Bank, N.A., Concord, CA., and the Canadian branch of the US Bank National Association and Elavon.